Multiple Sclerosis (MS) is a neurological disorder that presents with myriad of symptoms. The disease causes physical as well as emotional changes in the patients. One peculiar symptom seen in people with MS is their sensitivity to heat. While heat sensitivity is a symptom of many other conditions as well, the exacerbation of the other symptoms, when the core body temperature rises, is a disturbing and unfortunate feature that affects people with MS. 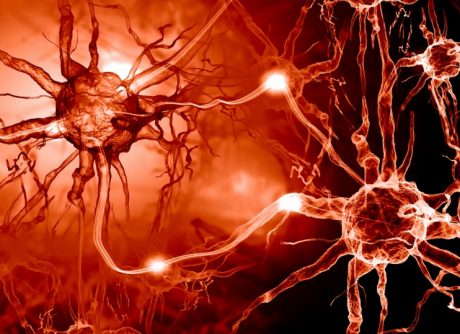 What causes the symptoms in MS?

Multiple Sclerosis is an autoimmune disorder. This auto-immunity, the tendency of the body’s immune system to offend its own tissues or organs, results in nerve damage in MS patients. The nerve fibers of the central nervous system have a protective coating called the myelin sheath. The sheath also covers many nerves of the peripheral nervous system. Immune reactions are initiated against the main component, myelin, of this protective sheath which eventually leads to nerve damage.

Heat sensitivity in people with MS

Studies report that about 60 to 80% of people diagnosed with MS show excessive sensitivity to heat. People with this neurological disorder experience a temporary exacerbation of their existing symptoms and also new disturbing symptoms when they are exposed to elevated temperatures. They are sensitive to even a slight increase in their core body temperature (0.25°C to 0.5°C) that may be due to physical exercise or a warmer environment.

In many people with MS, the disease presents with intermittent periods of relapses and remissions. But the heat sensitivity causing exacerbation of symptoms is different from relapses. The problem is actually a ‘pseudo-exacerbation’ of the symptoms. Increase in temperature as such does not cause any nerve damage. Most people with MS can actually figure out their intolerance to heat and they are aware of the fact that their symptoms get worse with increasing temperature.

But what causes this heat sensitivity? Scientists, who initially attributed vascular and hormonal causes, currently propose that the reason is a disturbance or block in the normal physiological nerve conduction mechanisms.

Recent research data suggest that demyelination not only causes slowing of nerve impulse conduction along the affected nerve fibers but also linked to a phenomenon called Frequency Dependent Conduction Block. Demyelinated nerves can conduct only single frequency or low frequency impulses. They are not capable of effectively conducting the high frequency nerve impulses. This being the case, it is also found that a slight increase in temperature can slow down or completely block the action potentials in the demyelinated nerve fibers.

Increase in temperature worsens the symptoms of MS

Most of the symptoms of MS are due to the impaired nerve impulse conduction and with an increase in temperature the symptoms worsen in the affected people. Among the various symptoms of MS, fatigue, limb weakness, visual problems, pain and numbness and cognitive dysfunctions are commonly worsened when the core body temperature increases.

The influence of temperature on MS patients was established as early as the late 19th century. Heat sensitivity has been realized as an important reason for the disabling symptoms of the disease. Though the pseudo-exacerbation of the symptoms is a temporary phenomenon, they are quite disturbing and severe enough to restrict the activities of MS patients, especially during warmer seasons.